CES 2013. One of the biggest shows of tech stuff. Everything nifty. Everything new. And here we are, at the Haier booth presenting SpeakingPal TV Remote. It is quite exciting. There is a buzz everywhere.

So what do we have to offer? Our flagship app for improving your English speaking skills now on Smart TV – and controlled by your smartphone or tablet! After all, if you are going to have a Smart TV, isn’t it a good idea to also have a Smart Remote Control? And what is smarter than your smartphone or tablet? So, we decided to enhance the regular control functions of a usual remote control and allow your mobile or tablet to act as a navigation tool, microphone and camera – so that you can interact in a new and exciting way with the character on the big screen and learn to speak English in a whole new way.

The mobile device navigates the application, just like you would use a regular TV remote to do so. But in addition, it records your voice and sends it off to be recognized by the automatic speech recognition engine – so that you can get instant pronunciation feedback. And then it takes a video of you saying the utterance – so that you can see yourself on TV and compare your speech with a native speaker. A Smart Remote for Smart TV! 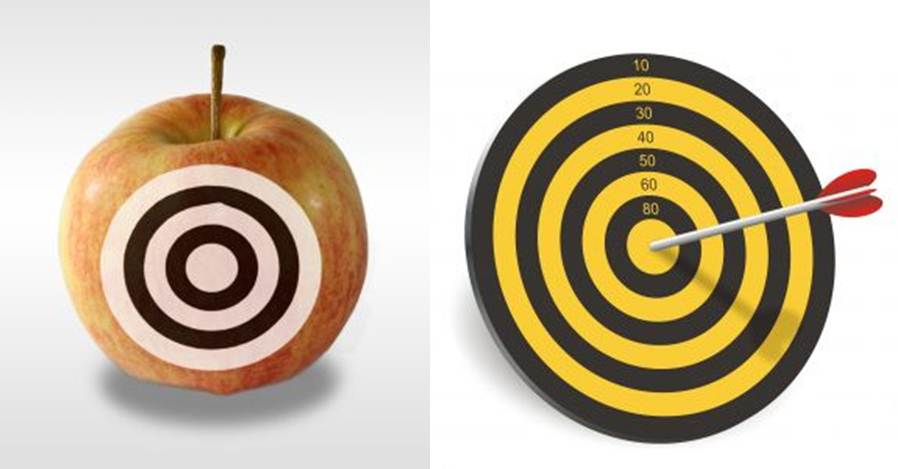 So, you find a need in the marketplace. People need to speak in English, right? And you find out that the need is not met. English tutors are costly, or there are simply not enough of them in certain areas of the world. You start to develop a neat product that you think will fill the need. You do thought experiments. What are the trends? Well, mobile penetration in the marketplace is an obvious one. What do people want? To learn quickly. What’s attractive? Video, interaction, humor, engagement. And then you sum it all up: “Let’s use the mobile and create a simulation of an English tutor where a learner can talk to a video character and get instant feedback!”

Sounds great, and it is a really good idea. But then you have to define the product, and the target market. And here is where real life comes into play. We can’t always predict what is really out there. ?So, the real question was this: Who will use it? We thought that we should target intermediate to advanced learners of English who have good English reading or other skills, but poor speaking skills. And so, the product was targeted to this segment.

But when we went live, we found that an awful lot of our users were at English levels that were much lower. I wouldn’t say newbie beginners, but almost! What’s the lesson?? “You never know what’s out there until you find out what’s out there!”

The really important lesson is to learn – and then move quickly when you learn something. So, we developed another product aimed for those who want to learn basic English. Still the same clever idea – just for a different target market. And so we say this: “You can’t always know everything at the beginning. Not even the target. But then, isn’t that what makes life interesting?” 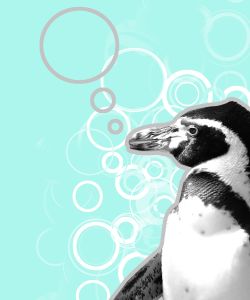 One of our users wrote this to us: “Great app! Funny dialogs. I like to work and play on it”. So, what makes a funny dialog? Here are a few things we tried to keep in mind while writing the material.

So, next time you think that you want to insert humor into your app, whether it is for educational or gaming purposes, keep these few hints in mind.

So, You Have to Speak English in Public? Don’t Be Nervous! 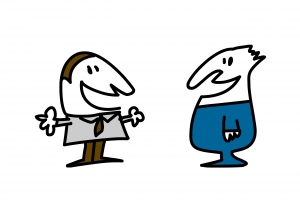 So, you have to speak English in public? Are you worried that the other person won’t understand you? Are you afraid that your English isn’t good enough to get your message across? Are you concerned that you will be misunderstood?

Well, don’t be nervous. I know that this is easier to say than to do. But there are techniques that can help you. First, practice simply talking in English. It can be anything. Just talk out loud and try to make the language a bit more familiar to yourself. A good mobile application like SpeakingPal can help you do this more easily. Second, plan out what you want to say, or what you think you need to say and practice. Try practicing with a friend if possible. Third, on the day you need to speak, take a deep breath, have confidence in yourself, and try to let your own personality shine, even though you are talking in English.

So, next time you have to speak English in public, remember these few tips. And Good Luck! You can do it! 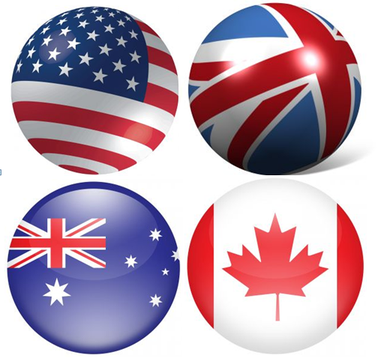 Have you heard the joke about the Australian who came to America and drove his car at a reckless speed and got into a terrible accident? The police arrived and reprimanded him by saying, “Did you come here to die?” He responded, “No, I came here yesterdie (yesterday)”.

And this one is a true story. My friend’s daughter had a visitor from Atlanta, Georgia. We asked what her name is. She answered, “KAYIM”. I’d never heard of that name, so I asked her to spell it. She said: “K – I – M, KAYIM”, in a typical southern US drawl.? That’s when I realized that her name is KIM, which is a very common American name!

So, what kind of English do you want to speak? We chose a mid-West American English as our standard. This is because it is type of English that seems to be clear and understandable to all different kinds of English speakers and English language learners all over the world.

What do you think?

Pearls of Wisdom from English Learners 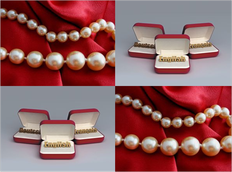 What is true about all of them? They all want more opportunities to learn and they all really want to improve their English skills. And they all have something to say about how they feel about learning English.

Here are some of the pearls of wisdom that I have heard English learners say:

“I can read much better than I can speak.”
“I wish I had more videos to watch in English.”
“My accent is terrible. I am afraid to speak out loud.”
“Sometimes I talk but I don’t know if what I said is correct or not.”

As an English learner, what do you say? 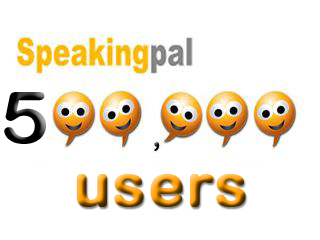 Well, it is hard to believe, but Speakingpal has already reached the 500,000 mark! Getting this kind of response does not come without a lot of planning and hard work. And we are not afraid of hard work! Coders coding into the night, QA constantly on their toes, content developers in perpetual motion, not to mention PR, marketing and overall management – all working hard to make this magic number a reality.

We have been watching the charts, looking at it go up day after day. It is a little like preparing for athletics. You need to put in the time and the energy. And monitor. And see what is happening on a daily basis. You need to be constantly fit to tackle the next day. And you need to have an overall strategy to win.

So how does it feel to have all this hard work pay off with the half million mark? Let’s just say that if we were in the Olympics, it would feel like we have won gold! Now let’s prepare for the next 4 years, ok?

Making a New Product – Let’s Make a Game Out of It! 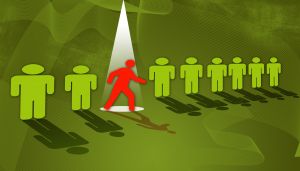 Ok, so we have a flagship product. We’ve received positive feedback. We’ve won awards. But we need to keep on moving forward. Now we want to provide new offerings to our customers. But what?

We want to offer quality education, but spice it up for the new learners. We want to let them practice speaking in English while motivating them to practice over and over again. And what do our users want? They want “here and now” access and they want to be able to improve their English speaking skills – as painlessly as possible. But we all know that even though “practice makes perfect”, it can be tedious. So, let’s combine elements of gaming with elements of educational practice. Good idea, right? But how do we implement this and what should go into the design?

Well, first of all, we want to give users a clear idea of progress. After all, in games, you know that if you go to the next level, you have progressed. So, let’s take our content and divide it up into smaller segments of ‘play’ (or should I use the dirty word ‘practice’?) Next, you want to give users the freedom to play what they want (practice what they want) and to see if they have the skills to complete the chosen level. They want immediate scores, and they want immediate feedback. They want to know what parts they have played before, and which ones they can still discover. And you want it all to “look good” so that it is inviting, clear and, yes, cool.

SpeakingPal is now in the process of redesigning a new product – just for you! So, let the games begin!

We Want You to Succeed

We know that it is difficult to learn English. We understand that you really want to learn this international language. You want to be understood by everyone in the world! ?We also know that you may not have many English speakers near you, or you aren’t able to talk in English very often. You simply may not have a lot of opportunities. We understand your problem.

Well, we know that this is not really possible. So, maybe it is possible to speak with others around the world on the phone or through your computer by internet? Well, yes, it is, but how can you find someone to speak with when you want to? And maybe this is too costly?

We want you to succeed and be able to practice English anytime and anywhere you want to. We know that the more you practice, the better you will be able to speak. This is why we have designed SpeakingPal as if it were a tutor on your phone – because we realize that you need one.

Yes, we want you to succeed!

So, you want to know how to speak in English and be understood by others. You look up a word in the dictionary and see funny symbols for the pronunciation (phonetic symbols) that you don’t understand, or better yet, you click on a sound file to hear a recording of the word as it is spoken by a native speaker. You try to pronounce it, but you aren’t sure if what you have said comes close to what you heard, or if others could really understand what you have said.

And that’s not the end of the story. You try to say the word in a sentence, in context. After all, we don’t speak each word separately. This poses other problems. How should the sentence actually be said?

Here are some tips.

So, how does connected, regular speech really look like? Try reading this sentence: “Noticethttheyerveryshortwordsniftheyweremissing, youcouldstillunerstandthsentence.”

Now do you see why it is so difficult for you to be able to pronounce English?